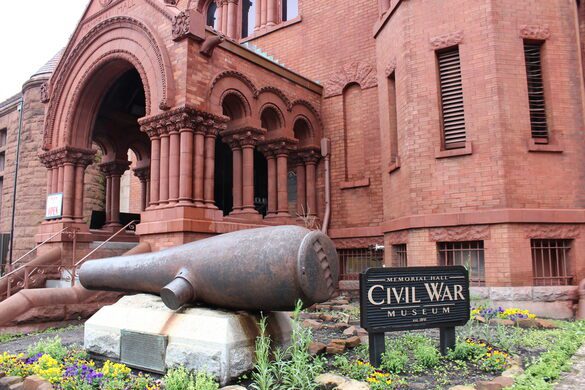 Louisiana’s Civil War Museum, formerly known as the Confederate Museum, is one of the largest repositories of Confederacy-related artifacts and memorabilia in the United States, in addition to being the oldest continuously operating museum in Louisiana. The Louisiana Historical Association built the museum in 1891, and its exterior sandstone construction and cathedral-like appearance stand out in contrast to its more recent surroundings on the edge of New Orleans’ Warehouse Arts District.

Just outside the museum is Lee Circle, a tribute to commanding Confederate General Robert E. Lee, whose 16-foot statue stands atop a 60-foot white marble column. The monument was erected in 1884 and the statue of Lee faces north where, as local lore has it, he can always look in the direction of his military adversaries.

Admission Cost: $8 for adults, $5 for children under 14, active military in uniform FREE!