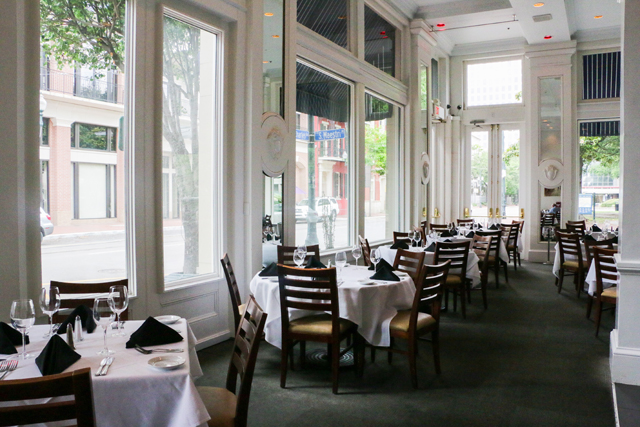 Desi Vega’s Steakhouse opened on St. Charles in the open, light-filled space that formerly housed Mike’s on the Avenue. It isn’t the typical dark-wood décor of a prime steakhouse, despite its being owned by the team behind nearby Mr. John’s Steakhouse, often named among the best steak spots in the city.

Rather, this is a New Orleans steakhouse, spiking its Mac & Cheese with Andouille Crawfish, blackening its Tuna Napoleon and flavoring the Onion Rings with Crystal hot sauce. Though beef is the draw, there’s more on offer: Creole-style barbecued shrimp are stellar, with a homemade Worcestershire sauce, and the Shrimp Remoulade and Fried Green Tomatoes with Jumbo Lump Crabmeat are as good as you’ll find in the Crescent City.